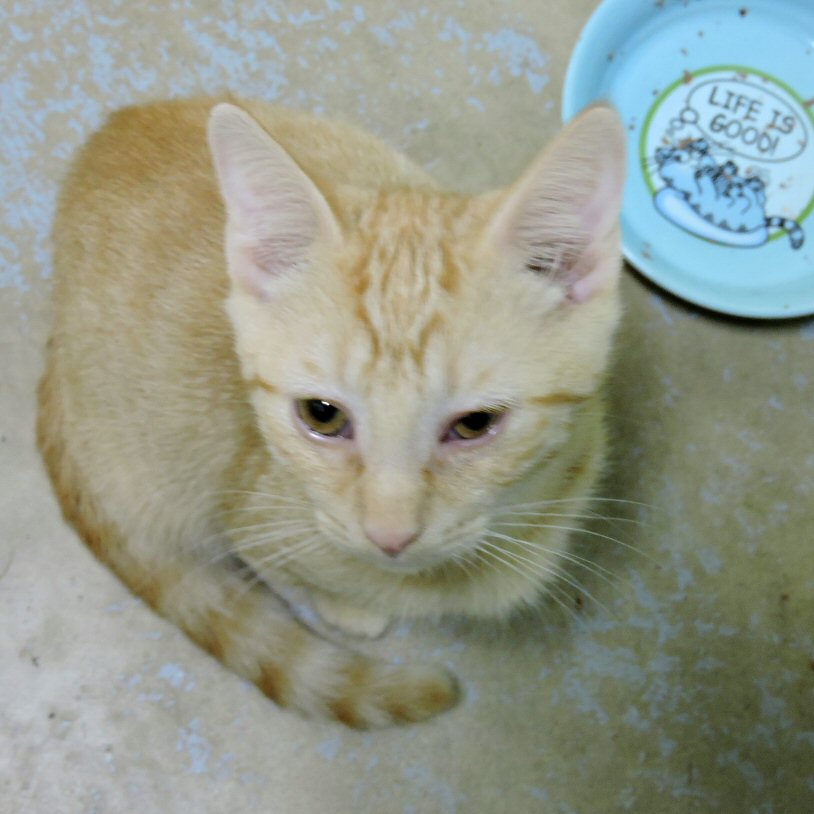 “Cassini” came to DunRoamin’ from the Oakland area on August 17, 2020, along with his two siblings, Chet and Cobie (see below).  They are probably related to Swithin, Scoot and Scroll (see above) who were also rescued from the same location four days previously.  They were born to an unspayed mother and when they became sick she was unable to help them – that takes humans and medication – neither of which were available.  They were in pain and in dire straits.

All kittens had severe upper respiratory infection and had more fleas than any we had seen in quite some time.  Fleas are parasites that will bite (causing pain and irritation) and suck blood from their victims and little kittens are especially susceptible to becoming very ill, sometimes even dying, from their effects.

Cassini has been prescribed antibiotics, eye medication and subcutaneous fluids to help him along.  He seems to be doing fine but will require a couple more weeks of medication to become 100%.  He is now ready for his new home!

He was the most timid of his friends, but has already gown leaps and bounds in his love and acceptance of kind human beings.