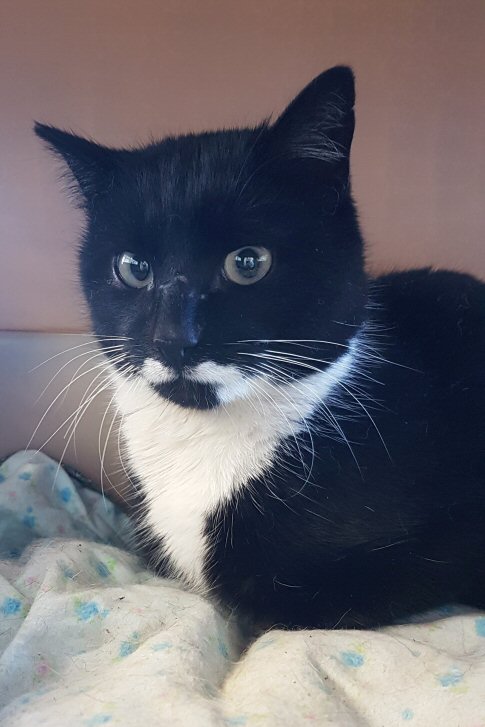 “Schrodinger” came to DunRoamin’ from the Upper Brighton area on March 18, 2020. He had come to an area where birds were being fed and he was hungry enough to be grateful even for a little bird seed to put in his belly. Schrodinger was born about March 18, 2016, so was about four years old.

Examination by his new vet revealed that he had a bad case of ear mites, tartar on his back teeth, a scar on his nose and right ear and a large healing scar on his right cheek. He also displayed a mild/intermittent heart murmur, but that may just be due to the stress and his recent lifestyle. It’s cold out there, shelter may be hard to find and bird food is not very nutritious for cats!

Schrodinger was initially a bit scared (who wouldn’t be?) but with lots of human interaction, he is now doing so much better. He is now neutered and has begun his vaccine protocol. He tested negative for FIV and FeLV.