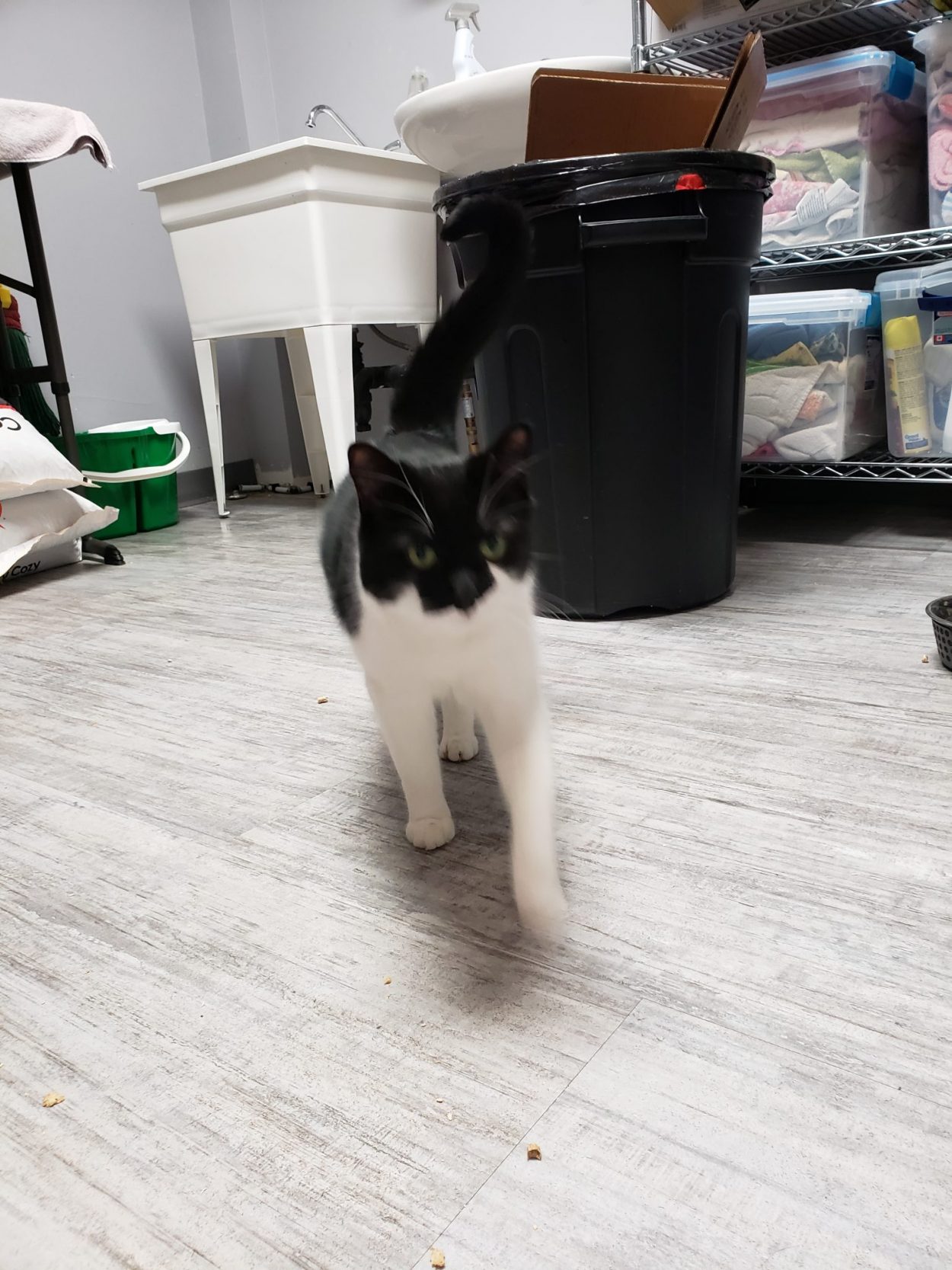 “Pawter” and her sister Angelica were returned to Dun Roamin on November 19, 2019. She is very hard to photograph and she wont stop moving towards you for a facerub!!   They originally came to DunRoamin’ on May 3, 2016, from Hartland where their mom had given birth to five kittens whom their owners could not care for.  They were adopted on May 22, 2016.  Pawter and Angelica were born about March 24, 2016.  Their owner had developed a medical condition which made her unable to care for these two little ones, so as per our standard adoption agreement, they came back to the shelter to find another home.

Pawter was initially scared (who wouldn’t be when leaving their home?) but is fine now.  She is friendly, curious and happy to be with her sister.  They are both beautiful cats and they hope for a new home very soon – hopefully together, since they have never been separated in their entire lives.