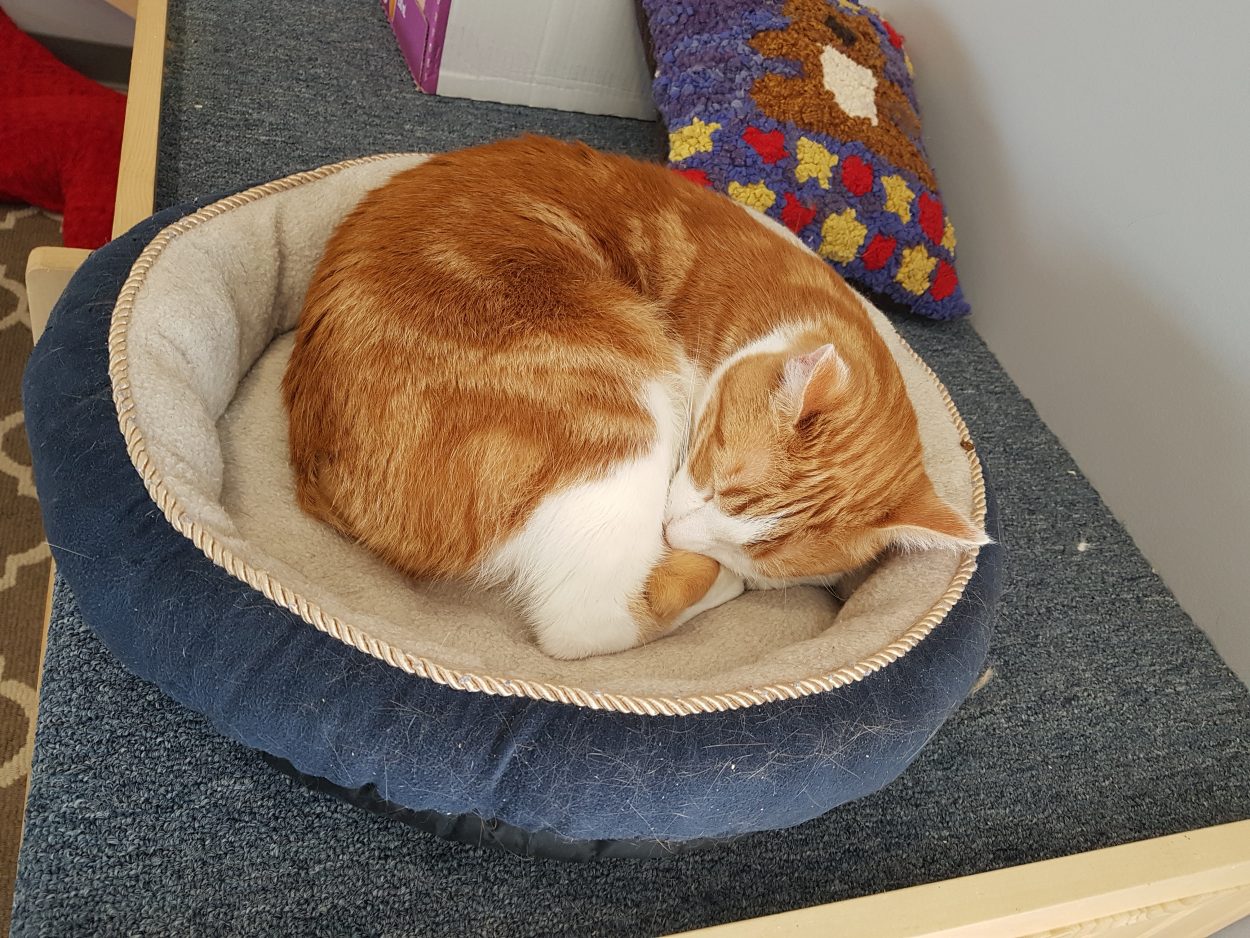 Grimsby returned to DunRoamin’ on April 28, 2019. He had originally come to us on August 23, 2018 from Holmesville where he had sustained injuries, possibly from being struck by a vehicle. He was born about May 2, 2017. Grimsby required his tail to be amputated very close to his body, but he still has anal tone and sensation, so he’s perfectly fine. He was on pain medication, had to have his bladder expressed several times daily until he could do it himself, and underwent acupuncture to assist with his recovery, but he’s now 100%. During his first few days with us, he displayed himself to be a shy little boy who loved chin rubs and scratches. He initially didn’t want to eat much, but was doing so much better only two days later – he’s been through a lot! Grimsby has blossomed. He is very affectionate, very social and most definitely very curious. He’s the first one to check out new people, new items, new sounds, new sights – the world is a gem to him! He loves his food and is very interactive with everyone and everything!