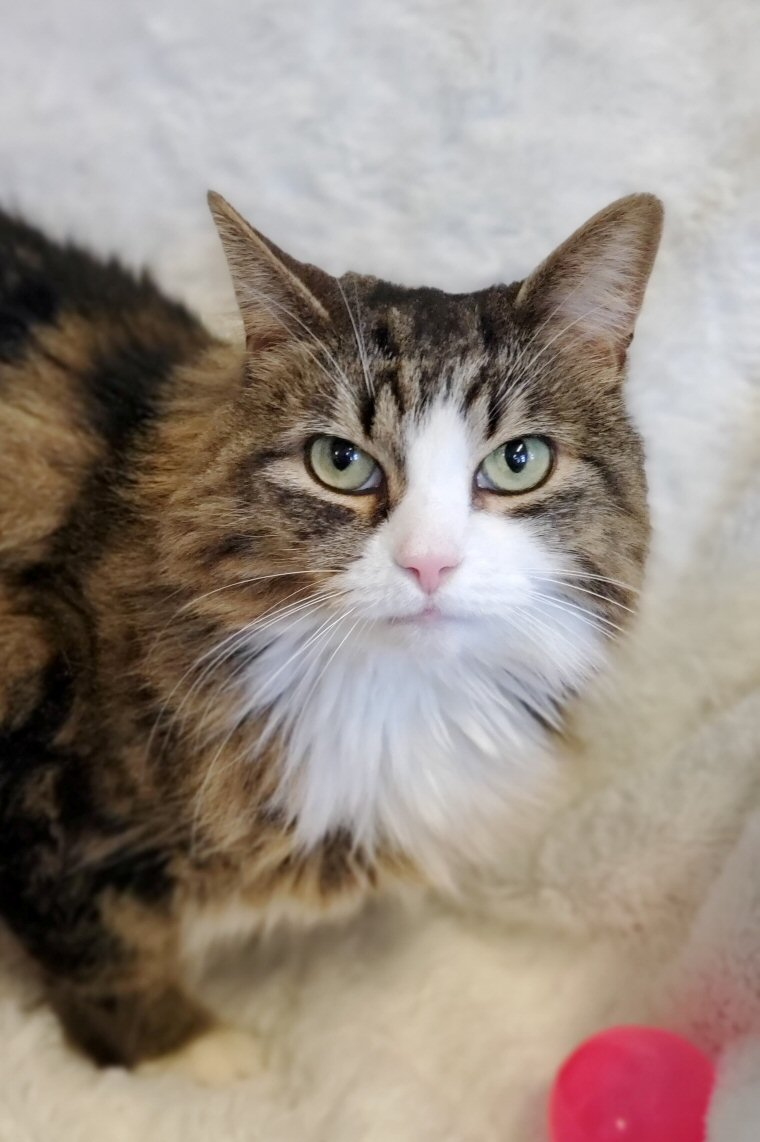 Adoption: Not up for adoption

“Gail” and her four kittens Greer, Gaines, Gamble and Gardner (all of whom have been adopted) came to us on September 14, 2012 from Hartland where a kind and generous couple had been feeding several strays who had been dropped off in their area. The lady had recently passed away and the man was moving, so these young ones would no longer have anyone to watch out for them. All were spayed/neutered, vaccinated, tested for FeLV and FIV and treated for parasites.

Gail was born about September 15, 2011 and she was a little timid.  She is not a social cat and takes some time to adjust but has come a long way from when she was rescued.  She was fostered by some amazing supporters in West Florenceville and now we have her! She is currently not up for adoption.