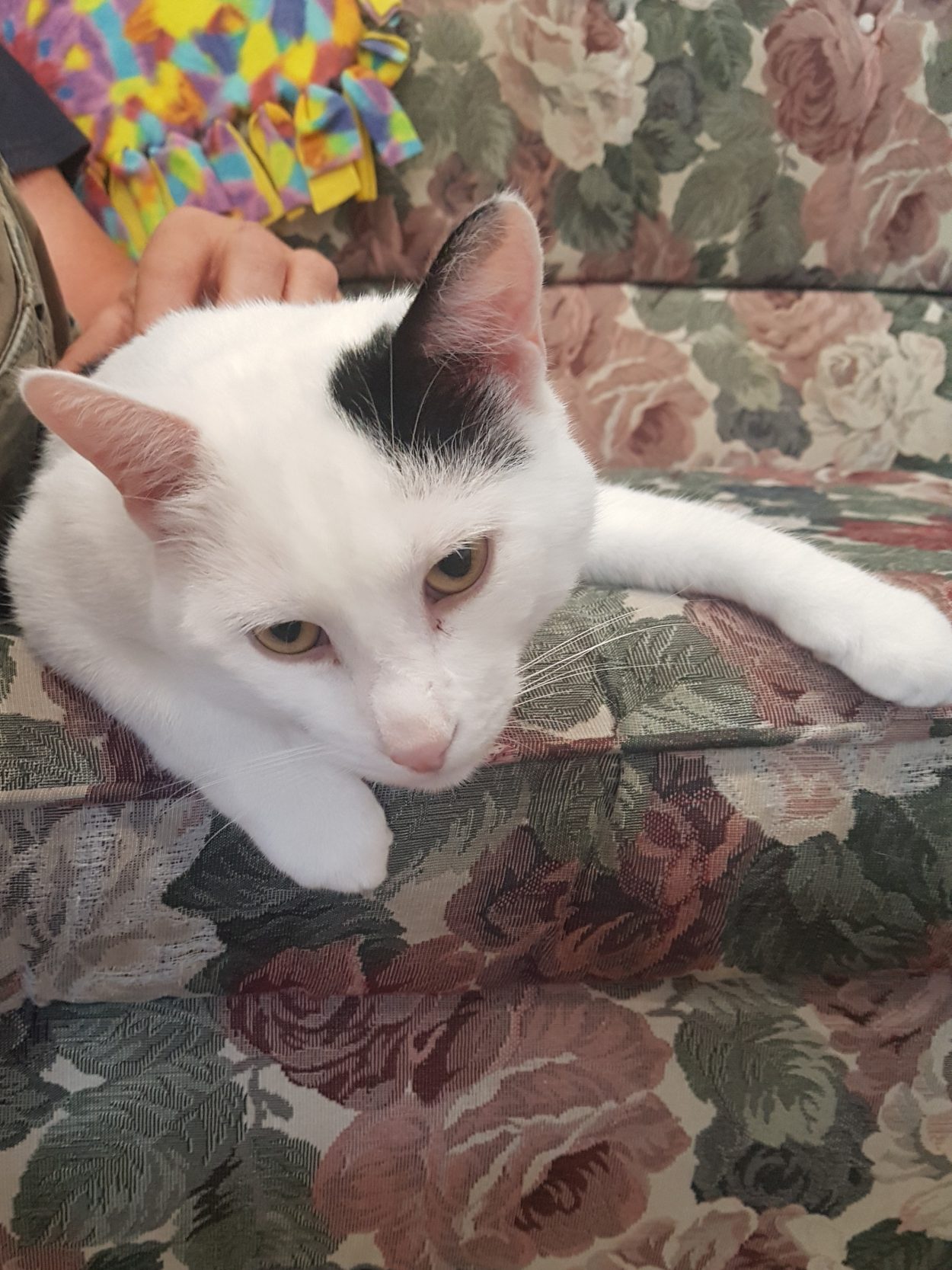 Brixx came to DunRoamin’ on April 1, 2019 from Newburg where he had been an indoor/outdoor cat who had recently come home with several injuries. His owners were unable to undergo his care.
Brixx was examined by his new vet who learned that he had sustained open wounds on his head, neck and legs which had become infected. In addition, his right front leg was swollen and tender, so he’ll undergo x-rays to determine if his leg is broken – it obviously hurts him, but he understands that he’s getting help and is quiet and grateful for the care. It is probable that he had been attacked by another animal, resulting in his injuries.
Brixx was born about October 1, 2017 and is a very nice boy.