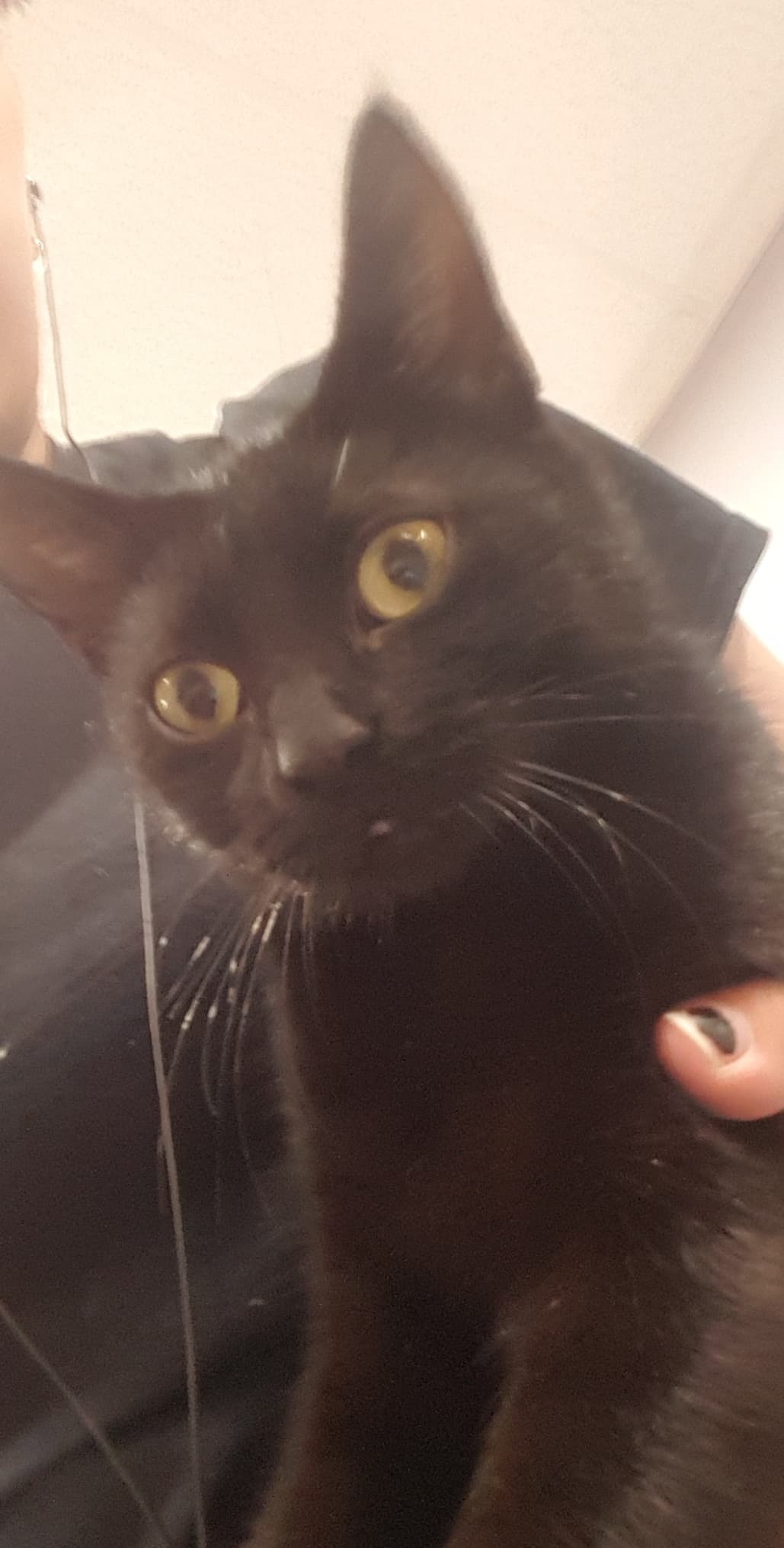 “Blanca” originally came to us on June 19, 2019, through the NB SPCA. She had been living in a home with many cats who were not being cared for. She was born about October 19, 2018 and had obviously just had kittens – and she was just a baby herself.

Blanca was reunited with her babies and Higgins (see below) was adopted along with her on September 19, 2019, but they were too much for their adopters to handle with their energy and glee for enjoying themselves in the house, so they were returned to us on October 3, 2019.

Blanca and Higgins love each other and have never been separated. We’d love for them to be able to stay together and we’re anxious for that perfect family who will do so.